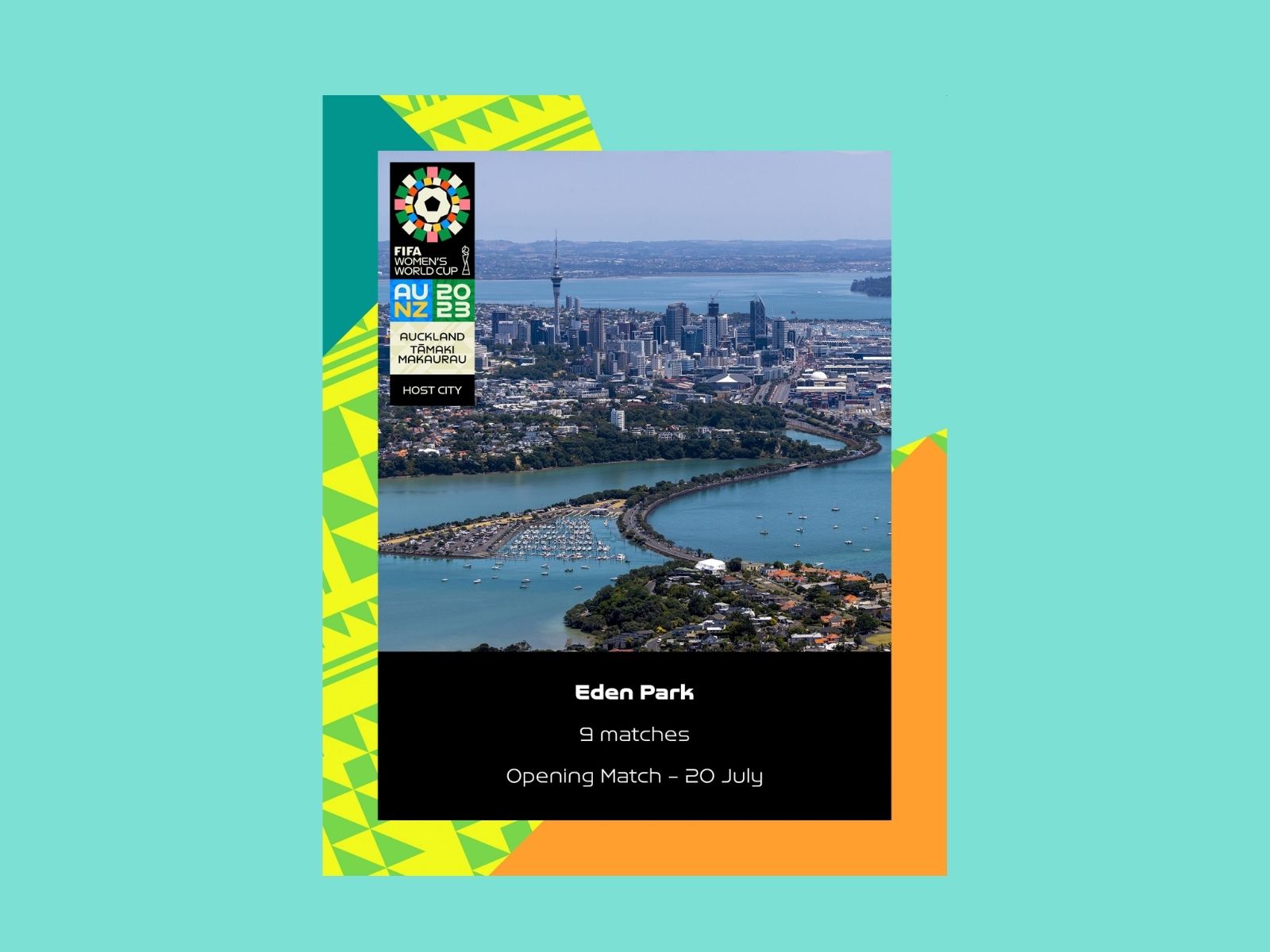 Football’s international governing body FIFA has finalised the match schedule for the FIFA Women’s World Cup Australia and New Zealand 2023, confirming a total of nine matches to be held in Auckland between July and August 2023, including:

the tournament’s opening match on 20 July featuring the Football Ferns,

Following ICC Women’s Cricket World Cup 2022 next March and Rugby World Cup 2021 in October, hosting the FIFA Women’s World Cup 2023 the following July will bring the region to life, with plenty of ways for Aucklanders to get in on the action.

Auckland Mayor Phil Goff welcomed the announcement on the eve of the region’s shift to the new traffic light system. “The FIFA Women’s World Cup is a premier world sporting event with a huge audience internationally and with Auckland on display as a premier destination for global events of scale,” he says.

“One of the largest sporting events ever held in Auckland and New Zealand, the FIFA Women’s World Cup 2023 will bring tens of thousands of fans to our region and an estimated $60 million boost to our GDP.”

“It will also be a major event for women’s sport in New Zealand, inspiring greater participation and following for women’s football and other sporting codes.”

“In 2023, all eyes will be on Tāmaki Makaurau, and we have a chance to showcase our region and all it offers to the world,” Mayor Goff says.

Hosting three women’s World Cups across 2022 and 2023 will be an unprecedented opportunity not only for Auckland, but for women and girls in sport, says Auckland Unlimited Director – Arts, Entertainment and Events, Richard Clarke.

“Auckland is calling, and we can’t wait to welcome the world’s best female athletes to our shores. There is a lot to look forward to over the next 18 months and we are working closely with event partners and a variety of stakeholders to develop an inclusive and inviting host city campaign that plays a key role in reactivating Auckland and driving the benefits of hosting throughout the region.”

“The FIFA Women’s World Cup 2023 in particular will leave a significant legacy for Auckland – from stadium and training venue upgrades to engaging and inspiring our communities through sport and bolstering Auckland’s expertise in the major events sector,” Richard Clarke says.

The confirmed schedule supports FIFA’s ambition of amplifying the prestigious tournament and increasing the profile and participation of women’s football around the world. For the first time ever, the women’s tournament will feature 32 teams playing a total of 64 matches. The tournament will also be the first FIFA Women’s World Cup held in the Southern Hemisphere, and the first time the event has been jointly hosted by two confederations.

The match schedule, confirming dates and venues for all 64 matches of the tournament can be found here, noting that match timings will be finalised next year.