At the centre of our city’s political and cultural life since its opening in 1911, Auckland Town Hall has hosted countless events and prominent figures over the decades. As one of our landmark buildings, the neo-Baroque style Town Hall is especially known for its Great Hall and Concert Chamber.

Auckland Town Hall was designed by Melbourne architects JJ and EJ Clark to complement its unusual, wedge-shaped piece of land. With its stained-glass windows, ornate plasterwork, cast iron balustrades and spectacular chandeliers, the atmosphere in the Town Hall makes it the perfect setting for classical concerts and ceremonies. It is the fitting home of the Auckland Philharmonia Orchestra, based here since February 2016.

In 1994, the Auckland City Council embarked on a three-year, $32.8 million restoration and upgrade of the building. The interior and the Oamaru limestone exterior were carefully restored to their former glory. With modern technology and amenities, the Town Hall has established a reputation as a versatile, multi-functional venue and world class performance hall. 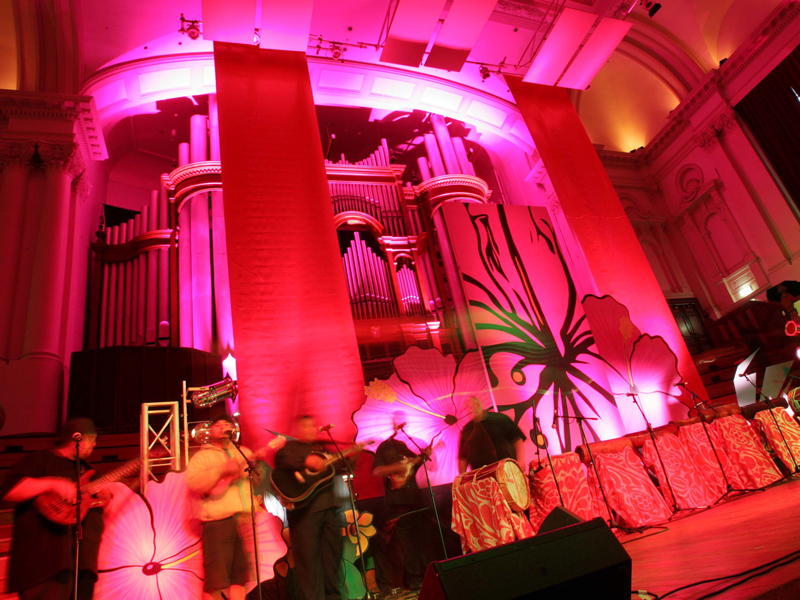 The Town Hall is known and appreciated for its Great Hall, which is perhaps Auckland's best venue acoustically. Whatever it's hosting, there's a sense of occasion here that makes your evening a little more special.